By James Tozer and Andy Jehring for the Daily Mail

Fears of a summer meltdown at UK airports grew yesterday as passengers queued in car parks and outside terminal buildings.

A holiday rush is expected in just over a fortnight when most schools in England and Wales go their separate ways.

It came as easyJet’s chief operating officer resigned following furor over the cancellation of thousands of flights by the low-cost airline.

And unions have said they will push back on plans to relax night flying rules, which would lead to staff working ‘unsocial hours’. 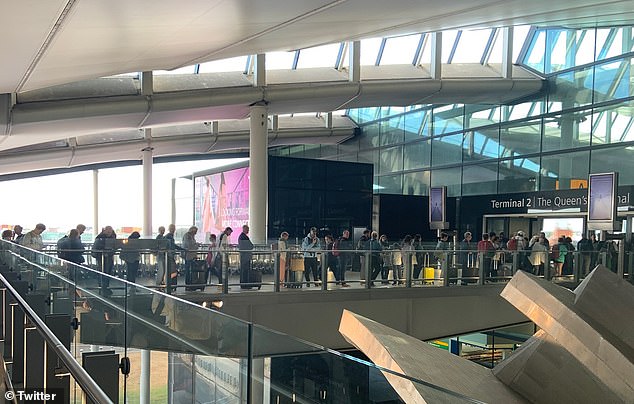 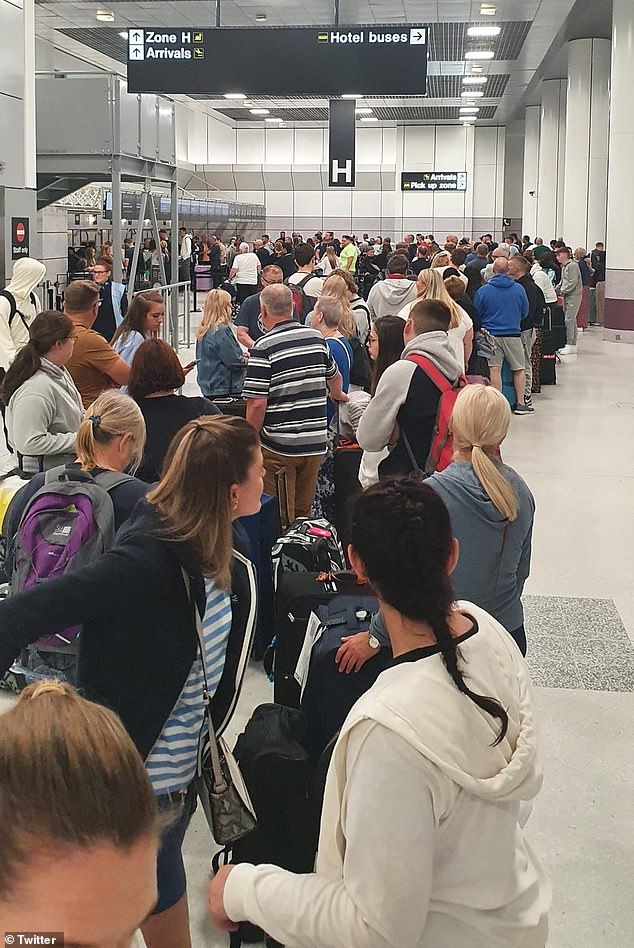 A passenger waiting at Manchester Airport yesterday tweeted a photo of a queue to enter Terminal 3 that stretched into the multi-storey car park.

A second complained of ‘carnage’ while a third added: ‘Today is the worst ever. Actually standing in the parking lot waiting for security. It’s a mess.

Travelers also posted images of long queues at Heathrow, with one saying the queue for security “starts outside the terminal”. He added: “Avoid at all costs. Total mess.’

But insiders denied that security expectations yesterday were excessive. 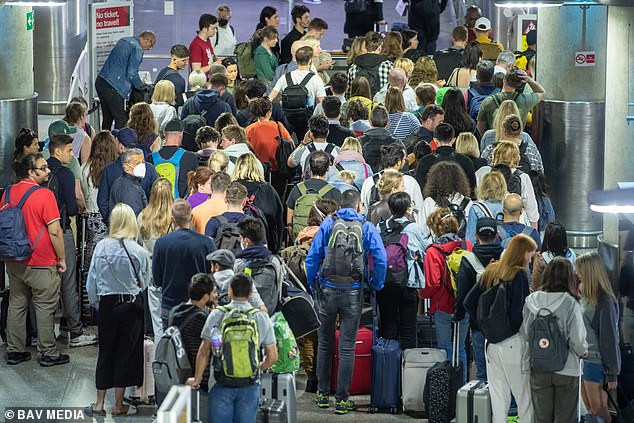 Life was no better at Stansted yesterday, where passengers arrived very early for their flights 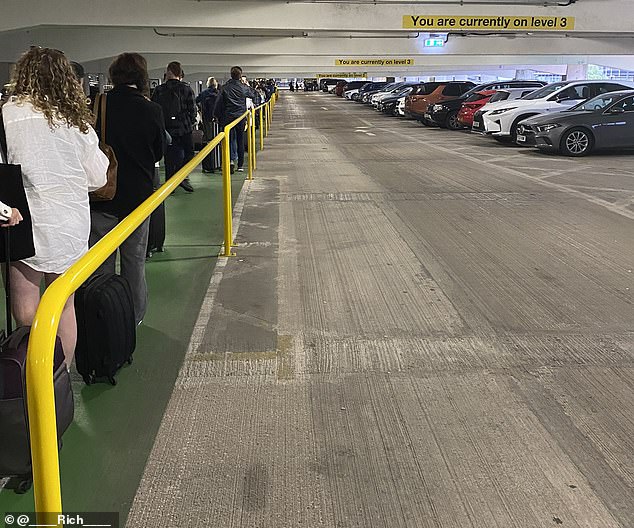 At London City Airport – which largely escaped the worst of the disruption – a passenger said it took him “three hours to get through security at 6am”.

Union bosses have vowed to oppose the use of night flights to ease travel chaos, it emerged last night.

In another blow to holidaymakers, unions said they would push back on plans to relax night flying rules which would see staff working at ‘unsocial hours’.

Airlines are limited to the number of flights that can be operated between 11:30 p.m. and 6 a.m. at major airports, which often results in flights being canceled if they are delayed.

Amid growing pressure to resolve the travel chaos, the Department for Transport said it would consider suspending the rules to ease the disruption.

But last night unions vowed to oppose the plans over fears staff would be forced to work long hours overnight.

A GMB union source told The Daily Telegraph: ‘It is not fair to force our members to work night shifts to make up for their mistakes.

It comes as holidaymakers now face a summer of travel chaos in Europe as countries across the continent grapple with staff shortages and strikes.

Huw Merriman, chairman of the transport select committee, warned that the plan could “annoy residents”, but said he was ready to hear more about the lifting of the overnight ban.

He added: “I don’t see what good it would do and I can see what damage it would do.” I don’t know if the crew will want to fly at two in the morning.

He added: “Totally out of control, what a waste.”

Labor MP Ben Bradshaw, who sits on the House of Commons transport committee, said: ‘While airports are already collapsing, things will only get worse once schools are shut down for summer holidays.” It will be total chaos if they fail to grasp – and grasp quickly.

The Heathrow boss has warned of up to 18 months of disruption as airlines struggle to recruit and train staff.

Airlines are currently limited in the number of flights they can operate between 11:30 p.m. and 6 a.m. at major airports, which often leads to cancellations in the event of delays.

But a GMB union source told The Daily Telegraph: ‘It is not fair to force our members to work night shifts to make up for their mistakes. In response to passenger complaints, London City Airport insisted the ‘average journey time’ through the airport yesterday was 45 minutes.

A spokesperson blamed staff illness and the handling of passengers transferred from other airports.

Manchester Airport apologized for ‘any inconvenience caused’ but insisted ‘the vast majority of people’ got through security within 30 minutes yesterday.

Heathrow insisted the airport was ‘busy but fluid’ yesterday, saying that while the queues looked ‘daunting’ it was down to the layout of the buildings. A spokesperson said the “vast majority” of passengers passed through security within 30 minutes.

Meanwhile easyJet chief operating officer Peter Bellew resigned yesterday amid growing pressure on the airline to reduce flight disruption. It has axed thousands of flights in recent months, including several just hours before they departed.

Airlines have until Friday to take advantage of a government “amnesty” allowing them to change airport schedules without incurring a potential penalty.

Mr Shapps is trying to avoid a summer repeat of chaos over the Easter and Platinum Jubilee holidays.

The government has ordered screening centers carrying out checks on new recruits to give priority to airport staff. The DfT said anti-terror and accreditation checks were now completed in record time. 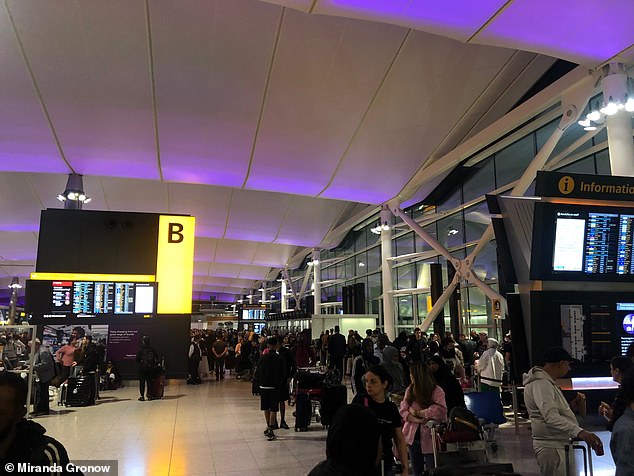 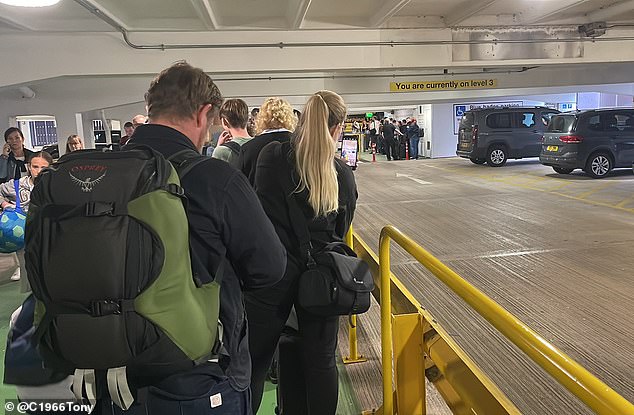 A Heathrow spokesperson said: ‘This is a busy time as people make the most of the opportunity to travel for the first summer in three years. We do everything we can to give everyone a good trip and for the vast majority of passengers, this is the experience they have.

A DfT spokesman said it was “working closely with the aviation industry to help holidaymakers enjoy the summer getaways they deserve”.

He added: “It is now up to the airlines to commit to delivering the flights they have promised and to the airports and ground service providers to ensure they have the staff to enable those flights. “