The performer, who shot to global prominence after the 2014 release of the hit song ‘Fancy’, moved to the United States from Australia as a teenager to pursue her music career. She released her third album, The End of an Era, in August 2021, which she says is her last album before a music industry hiatus.

“Rapyd”, a UK-based fintech company with an office in Israel, sponsored his arrival and concert, as well as those of American DJ David Morales and Berlin DJ Boris Berghain.

The concert marks Azalea’s first visit to Israel, who noted that she was “surprised” when asked to perform.

“BDS? What is it?” she replied when asked about the Boycott, Divestment and Sanctions movement that pressures artists not to perform in Israel, in an interview with the Twelfth channel.

“Because I don’t know much, I’m happy to come and see things for myself,” she added.

Azalea noted that she doesn’t have much international experience. About a concert in Turkey, she said: “I was really nervous that no one knew the words to my songs. In the end, it was one of the best shows I’ve ever done in my life and everyone knew the lyrics. I like the culture of Turkey… and I hope my experience in Israel will be good or even better. 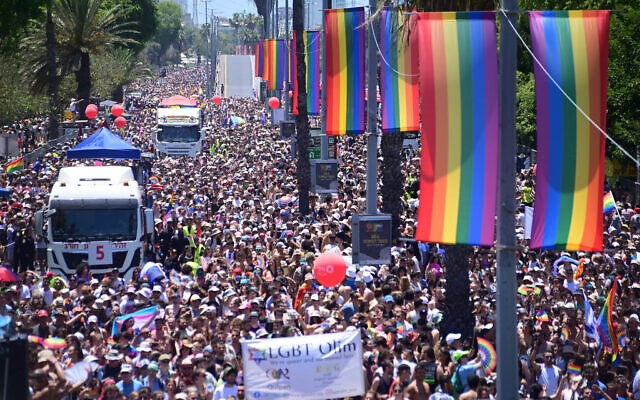 Protesters during the annual Pride Parade in Tel Aviv on June 10, 2022. (Tomer Neuberg/Flash90)