Late on Sunday night, only Cristiano Ronaldo really knew if he would return for pre-season training with Manchester United today.

As doubts continue to grow over the striker’s future, many at the club – including new manager Erik ten Hag and senior United officials – were unsure if the Portugal captain would turn up. Well-placed sources have insisted Ronaldo will stay out as part of the next stage of an exit strategy launched when Jorge Mendes met Chelsea and spoke with Bayern Munich.

As cars carrying United players began arriving at Carrington from 7.30am on Monday, Ronaldo was not among them. Shortly before 9am, confirmation came that Ronaldo was not expected at all. Family reasons had been invoked and accepted by the club.

It is unclear whether he will report for work before United depart for their pre-season tour of Thailand and Australia on Friday. His presence on this flight is considered non-negotiable at this stage.

Again, he was due to arrive at Carrington on Monday to train with the other United players who have enjoyed an extended break after serving international duty. His no-show followed news on Saturday night that he had asked to leave the Premier League club to take on a new challenge. He wants the promise of Champions League football next season – a development which appears to have caught United off guard.

United maintain Ronaldo is not for sale and expect him to fly to Bangkok, Thailand on Friday for the first leg of the club’s pre-season tour. However, much will depend on the talks that need to take place with Ten Hag upon Ronaldo’s return to training.

Although Ronaldo has communicated to United that he would like to leave should the club receive a fair offer for him this summer, it is understood he has yet to speak directly to Ten Hag about his future. This conversation will go a long way in deciding whether Ronaldo stays or not.

Ronaldo staying away when the rest of the squad are together for the first time under Ten Hag seems significant. He had similar leeway, however, when he flew to Portugal in March, once it became clear he would miss the Manchester derby. He reported a recurrence of a hip flexor problem and returned to his homeland without asking permission, causing surprise in the United dressing room given the importance of the game.

From a United perspective, Ronaldo is expected to see out the last 12 months of his contract, but it is admitted that Ten Hag may have to persuade Ronaldo to accept what he is trying to do at United to change the player’s mind. .

United believe Ronaldo has genuine affection for the club, and the hope is that through a face-to-face meeting with Ten Hag – the new manager is holding one-to-one talks with all first-team players – the striker will reconsider. his plans and commit to staying at Old Trafford.

It’s the best case scenario. What’s worse is that he refuses to change his mind, reiterates his desire to leave, and Ten Hag finds himself with a major problem on his hands before the pre-season tour of Bangkok, Melbourne and Perth, where the Ronaldo’s presence would be necessary given the appetite of sponsors, but is a major distraction.

What is clear is that Ten Hag was dealt a tough hand early in his tenure, albeit a card game some folks at Old Trafford might have predicted some time ago. After all, the prospect of Ronaldo leaving United was bubbling beneath the surface as the team’s form stabilized under Ole Gunnar Solskjaer and then Ralf Rangnick.

As previously reported by Athleticism, Ronaldo United’s teammates were under the impression that the striker would look for a move this summer if the club failed to qualify for the Champions League. As the year turned, stories emerged about him contemplating his future.

Rangnick publicly stated that no player should be held against their will, and privately grew louder.

On more than one occasion, Rangnick offered to Director of Football John Murtough and Managing Director Richard Arnold that Ronaldo be sold and replaced in the January transfer window. There would have been several emails and messages about this.

Rangnick felt that with Ronaldo’s time at United uncertain beyond the end of the season, it made sense to act as soon as possible to reconfigure the team’s attack. Moreover, Rangnick believed that Ronaldo did not represent United’s long-term success and that bringing in a player more suited to his pressing style could pay immediate dividends for the second half of the campaign. Murtough and Arnold resisted. 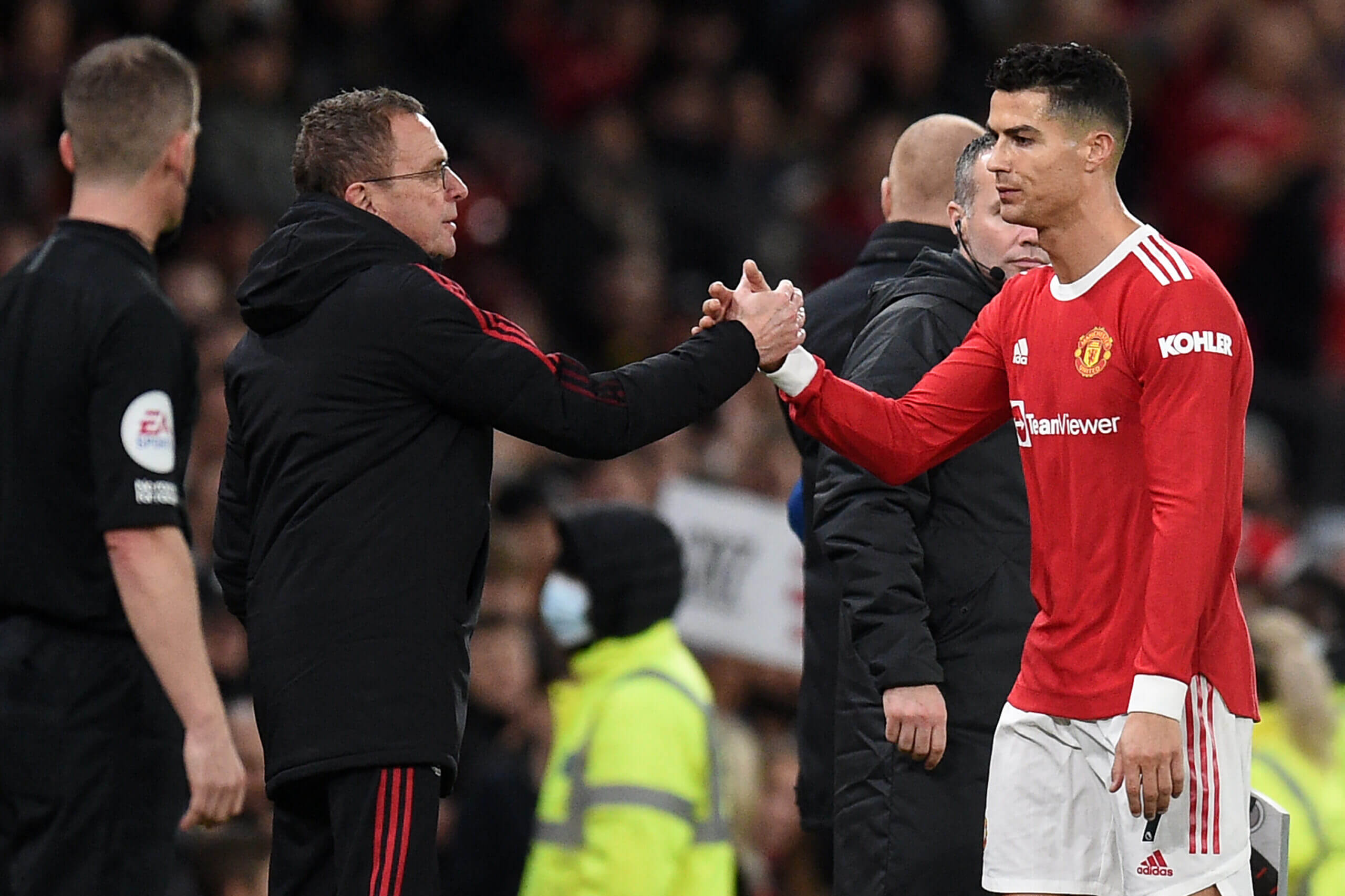 Nonetheless, Rangnick used his press conferences to clarify his ideas on the direction United should go – and insisted a new striker must be signed even if Ronaldo stayed. Six months later and United find themselves on the back foot.

When Athleticism reported a week ago that new Chelsea co-owner Todd Boehly had held a meeting in Portugal with Mendes, the agent who represents Ronaldo, and that the idea of ​​a move to Stamford Bridge had been discussed, it was seen in some quarters as a clear attempt to pressure United into making signings. Saturday’s development clearly showed that Mendes didn’t play any matches.

In the eyes of some, Ronaldo’s situation is not black or white. There is a theory that Ronaldo’s departure could help more than hinder Ten Hag’s rebuilding. It’s an argument not without merit, given how difficult it is for any coach to welcome Ronaldo – the 2022 model – into a tactical system that plays on the strengths of the collective.

At this stage of his career, Ronaldo will play his way. While that guarantees goals – he was United’s top scorer last season with 24 in all competitions – there are legitimate questions to be asked about the benefits of starting a new era with an individualist striker who will turn 38 in february.

There is also a larger picture that transcends Ronaldo’s direct influence on the team and highlights how his presence has at times inhibited those around him. Sources close to the United players said Athleticism that Ronaldo’s exit would “liberate” some of his teammates and allow them to express themselves again, almost as if a weight were to be lifted from their shoulders.

United’s stance on all of this is rather different. As far as the club is concerned, there’s no silver lining to the news that Ronaldo wants out and they’re adamant that he won’t be leaving Old Trafford this summer.

Moreover, his position was not seen as a priority when United drew up their list of areas to target this summer – the centre-back and chief central midfielder among them – and they have neither the finances nor a plan in place to sign a striker who promised a similar goal return to Ronaldo.

Indeed, United’s recruitment strategy so far reflects Ten Hag’s planning and vision for the team; a vision that included Ronaldo as the focal point of attack next season. As a result, United did not actively pursue a striker in this window and missed out on a bid for potential targets. Darwin Nunez, for example, ended up joining Liverpool from Benfica for £64m, reaching a potential £85m.

Some close to United doubt Ronaldo already has a move planned. Others with intimate knowledge of how the transfer market works, and in particular how Mendes works, find it hard to believe that Ronaldo’s agent would act in this way without knowing that a club is seriously interested. “He wouldn’t want to embarrass himself,” a source close to United said.

Realistically, however, it’s hard to see many takers for Ronaldo this summer, given his wage demands – he earns £500,000 a week at Old Trafford – the state of the European transfer market, his age and the makes it so difficult to fit into a team setting.

On the face of it, Chelsea are his only option in England, but it’s easy to see why their manager Thomas Tuchel wouldn’t be as keen on signing Ronaldo as Boehly, even though he badly needs a striker to do so. to manage. line. 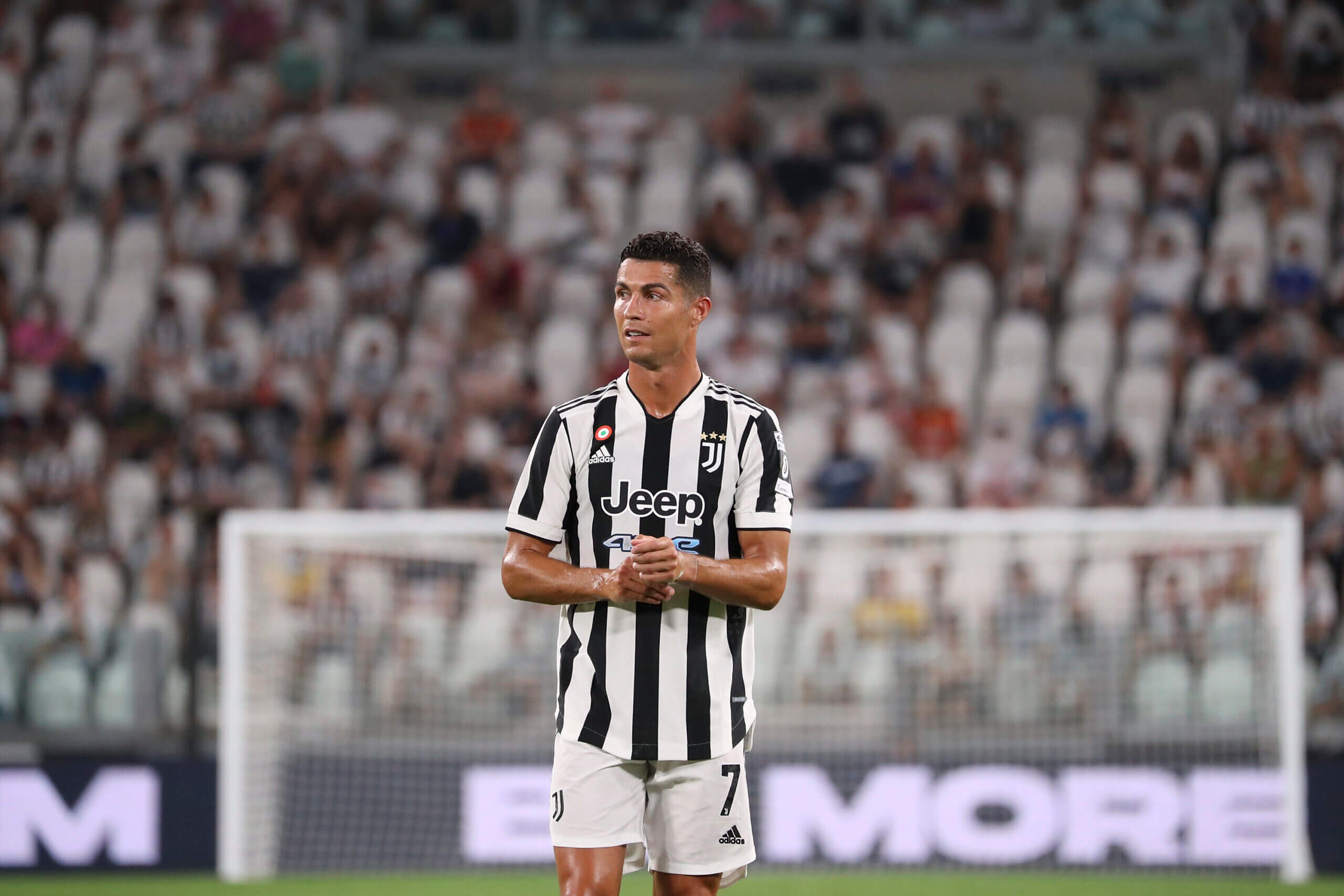 Is a return to Italy possible for Ronaldo? (Photo: Giuseppe Cottini/NurPhoto via Getty Images)

Beyond that, Paris Saint-Germain have said they “don’t want flashy, bling-bling anymore”, while Bayern Munich are a non-starter. It is understood the Bundesliga champions briefly discussed Ronaldo and realized almost in the same breath that the transfer didn’t make sense.

All of this leaves the possibility of a return to La Liga, which seems highly unlikely, or to Italy, where Ronaldo spent three years with Juventus, scoring 100 goals for the club faster than any player in their history. before re-signing for United last. summer.

Although tax breaks in Italy ease some of the burden of supporting Ronaldo’s huge salaries, Serie A is on its knees after the pandemic. With top clubs taking huge losses, the biggest money deal in the summer window so far (excluding options to make the loans permanent) is the €12m (£10.3m) ) that Sassuolo spends on Agustin Alvarez de Penarol.

Could Napoli agree a deal for Ronaldo? They’re back in the Champions League, which ticks that box, but they’re also cutting costs. Napoli owner Aurelio De Laurentiis has dismissed the idea of ​​Edinson Cavani returning to the club. “Signing a goalkeeper at 34, 35, 36 is good,” De Laurentiis said. “Signing a forward of that age is not.”

Ronaldo is not United’s future either. But Ten Hag must work quickly to find a way to replace his goals if there is no turning back.