At this point, gaming PC users have mastered the art of using their hands with plenty of keyboards and mice to choose from, but two of our members just sit there lifeless. With the introduction of the MSI Liberator, the folks at Micro Star International envision a world where we don’t just let our legs atrophy and instead use them with a three-button footswitch.

If the MSI Liberator gives you a bit of déjà vu, you’re not alone: ​​Corsair released the Elgato Stream Deck pedal in early 2022, also with three programmable keys. The difference here runs deeper than just throwing in RGB lighting that you’ll probably never really see in the mix, though.

While its rival takes a more modest, flatter approach, the Liberator is more like a drum pedal, wrapping around your foot to minimize the amount of movement you need to press each button. With that in mind, you can also daisy-chain up to four Liberators for a total of 12 buttons at the end of your… toes. 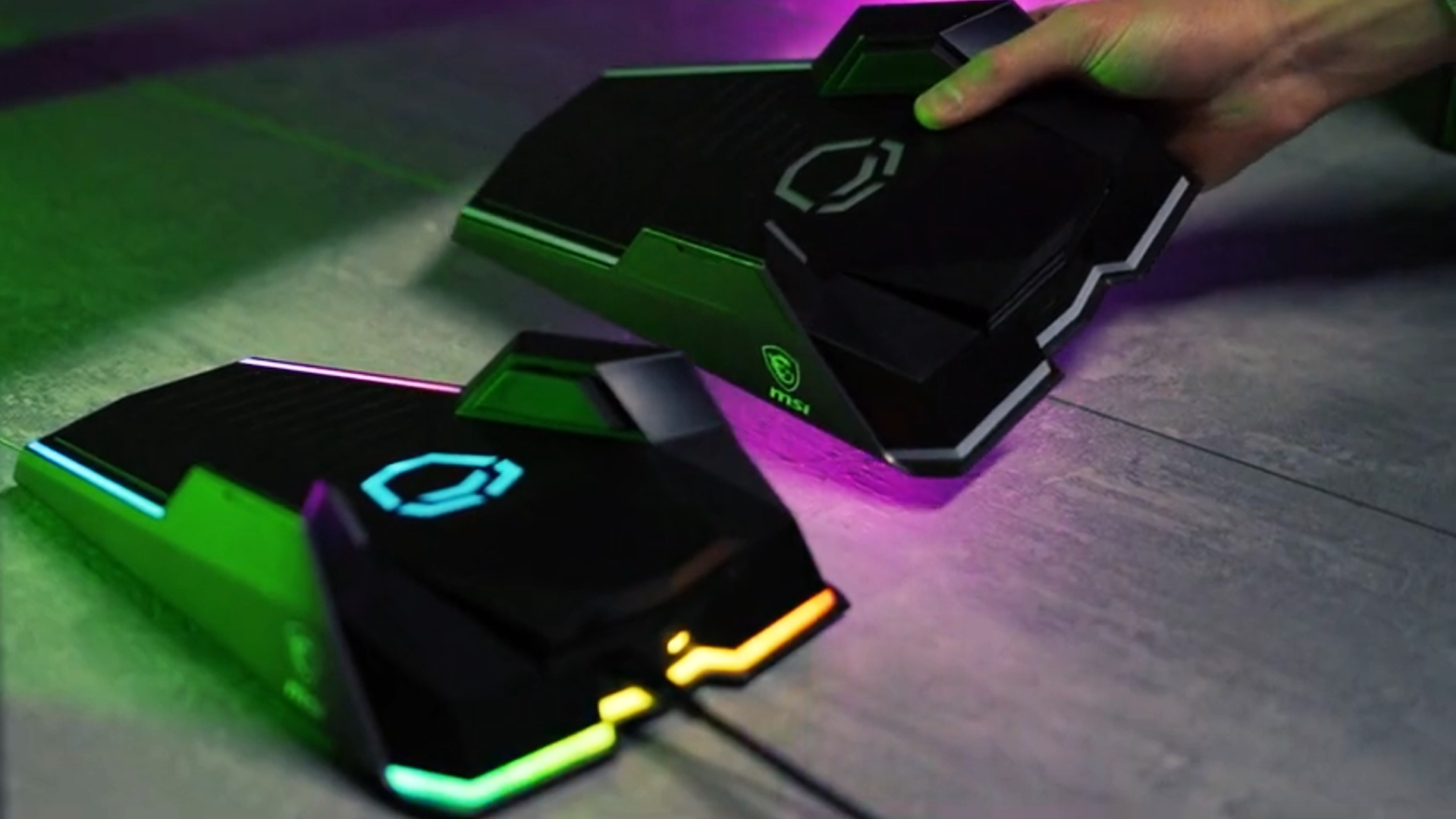 Each Liberator has three buttons including the pedal itself. You can customize the two side buttons with magnetic caps to better fit the shape and size of your feet. It sits at an 8-degree angle, which MSI deems ideal for ergonomics, with a contoured foot base to keep your grip on. There’s a 100ms response time and supposedly easy-to-use software. It has a mountain to climb to rival the usability of Stream Deck software, mind you.

Just like learning how to play the drums, there’s a learning curve to doubling the number of limbs you use to control a game, but it opens up a world of possibilities. For one thing, it makes complex spells in MMO games a breeze. On the other hand, it can potentially open games previously inaccessible to people with disabilities, making them playable again. Your mileage may vary though, and it’s not the cheapest device at US$149/£122 (compared to its rival’s slimmer US$89.99/£79.99 price tag). 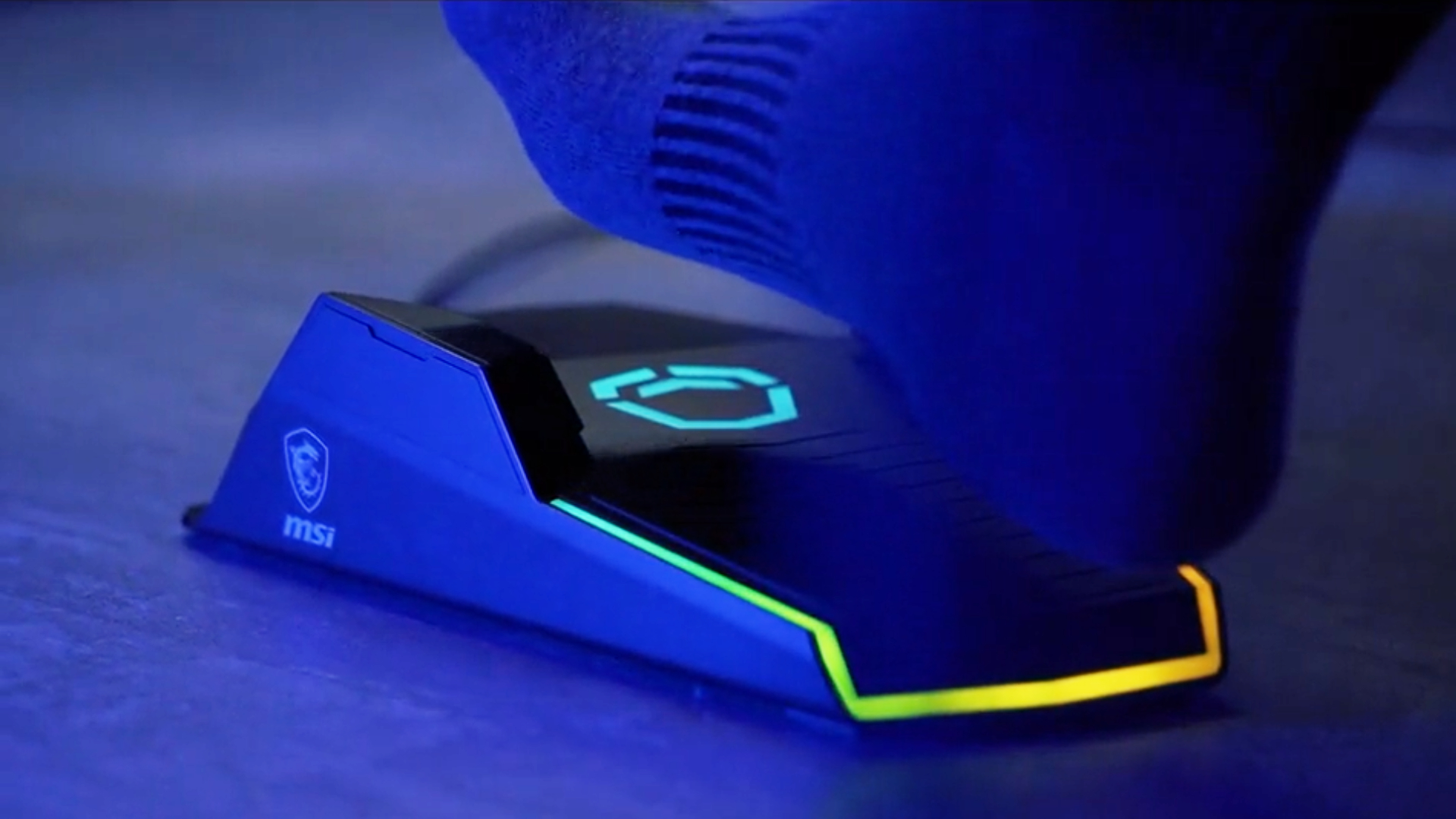 Unlike the Elgato Stream Deck pedal, the MSI Liberator is not readily available. MSI made the curious decision to fund its pedal to gauge interest in what it sees as a fringe product, which comes with a handful of considerations, but also a few reassurances that your regular Kickstarter campaign lacks.

First, what you see is not necessarily what you will get. MSI tells us that the Taiwan branch working on the project is “changing a few things on the design”, which could be on the surface level but could also indicate changes in the feature set. We know the company is always striving to reduce latency and reassure backers that you’ll get 100ms or less. Secondly, this is an official product from a reputable brand that has already achieved its target 31 times, but you should always consider that you are buying an idea and not a product. 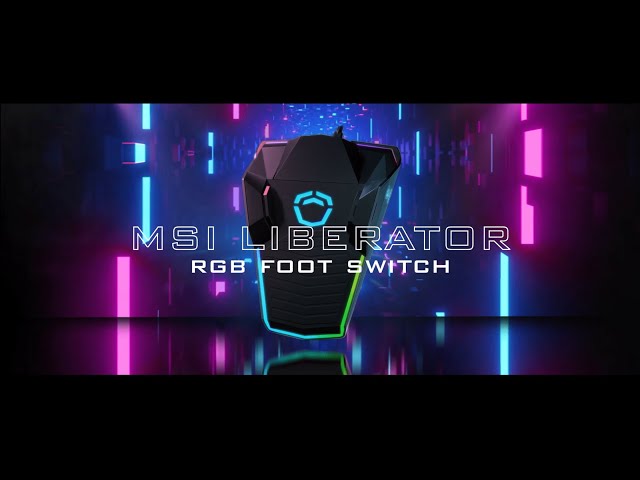 If you want something here and now, you’ll need to get an Elgato Stream Deck pedal. Otherwise, you’ll have to support the project before the time runs out and you’ll have to wait until December 2022 for your MSI Liberator – provided development continues on track and pesky hardware shortages don’t get in your way.